The Sunshine State gave a warm embrace with my first stop in Jacksonville for a few pics with my friend and colleague Karin Brand. Thankfully we made time for a thorough catch-up the day before in Sea Island as I was reckoning to get as far south as possible to make the next day's ride into Miami a bit more manageable. Navigating traffic in southeast Florida from north of Ft Lauderdale to Miami is a not high on my list of "let's do that again." The clockwise route thru Florida took me along the Atlantic coast with overnight stays in Cocoa Beach and Miami Beach. Selfies at RSM's Melbourne & West Palm offices and photo ops in Ft Lauderdale and Miami offices with Tansy Jefferies and John Archer, respectively, made those stops extra special - thank you, Tansy & John!

Nothing is more exhilarating to me than a barefoot walk on the beach with the first light of day peering over the horizon. The SpaceX launch pad (visible a few miles north of my Cocoa Beach hotel), the rising sun in Miami Beach and the sultry hot conditions (>100f and equally humid) along a treacherous road thru the Everglades' Grand Cypress National Park made the first half of my Florida adventure like none other. Unfortunately I missed the SpaceX launch by a day - unchecked bucket list item. And I was disappointedly shutout from a live gator, anaconda or panther sighting in the wild during my ride thru Everglades - one of the most challenging 15 miles I've ever ridden. The crusty, large stone gravel with thousands of moon crater potholes reduced my speed to 5 - 10 MPH, not a simple feat on an 800lb steel horse. 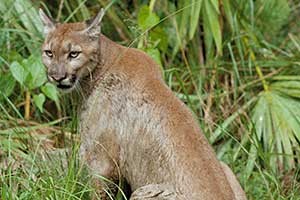 Another obligatory stop at RSM's Naples office was a simple task to complete as I headed north to St Pete Beach. And after the Everglades ride, my arrival into SPB couldn't come soon enough. College fraternity brother and life-time best of friends, Bill King & his lovely wife Roberta, graciously hosted my weekend stay at their condo at Envoy Point - a beautiful spot overlooking the gulf coast.

Jim gave us special tour of RSM's St Petersburg office with magnificent views of the Bay, the sports complex and the top of the Dali museum in sight. Terrie, a retired nurse, arranged a special photo op with her friend and colleague, Maria Shumake, a pediatric neuro-oncology nurse outside of St Petersburg's Johns Hopkins All Children's Hospital.

Jim & Terrie Newman, relatively new to RSM (Jim is managing partner of RSM's new St Petersburg office which merged with RSM about a year ago), were spectacular dinner hosts. Ironically the Newman's home is a mile east from the King's condo on the same street, on the intercoastal waterway. Terrie's culinary skills are at the top of the charts - could easily compete with whoever is the Iron Chef. And the Newman's wine cellar did not disappoint. And as exquisite as the cuisine and wine was, the funniest episode of the evening was the visit from a little possum as we enjoyed after dinner conversation in their backyard patio. Posing a la American Gothic style, Jim & Terrie's possum was was equal to the 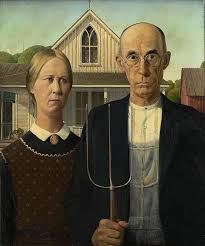 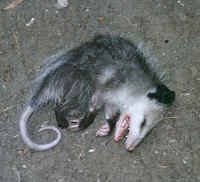 Why did I wash the bike?

Whoever "they" are, got it right when they said 'if you don't want it to rain, then do not wash your bike (or car or whatever)'. The bike was crusted badly from the Everglades ride and was in severe need of a wash. And what started as a beautiful Florida sunshine morning, turned into a popup monsoon later in the day.

The Day the Music Died

Wheels up, onward to Orlando and then north, was the plan for the day after Labor Day. The biggest disappointment of the entire 60-day trip happened within 5 minutes of leaving the King's condo. The amplifier that powers my bike's sound system blew out. Oh no, many miles ahead, with no tunes to keep me company. It wouldn't be fixed until 10 days and 2000 miles later in Edmond, OK, ugh! "Bye bye, Miss American Pie ..."

Somehow I successfully navigated a series of popup storms between Tampa and Orlando, and then my luck ran out when I arrived in Orlando. I couldn't say goodbye to SPB without a quick stop at Ted Peters Smoked Fish House - not only does Ted have awesome smoked fish, they have one of the best cheeseburgers in the world - yum. Danny Jackson met me at RSM's makeshift Tampa office. The new office is under construction - another COVID delay. It is ideally located next door to the new Florida Aquarium facility, which will undoubtedly make it a highly desired destination.

Mary Edwards, Katrina Rote and Sherri Lava comprised the Orlando office welcoming party to the new downtown office digs. Somehow I had missed the office relocation message, as the hotel I stayed at was next to the old office about 3 miles away. The office relo occurred just as COVID hit, so not too many local RSM employees have seen it since our nationwide office closing in mid-March. It is a beautifully appointed office, and should be a fun and exciting environment to work from when the office opens up. I made a stop at Arnie & Winnie Palmer's Children's Hospital and Hospital for Women and Babies and then a quick buzz by the the Magic Kingdom to wave at Mickey Mouse & friends before speeding north to Tallahassee.

Orlando to Tallahassee is a fairly straight forward 325 mile ride along a part of Florida that gets very little attention. My scheduled visit with good friend Winston Howell did not allow for extra side route rides. I will definitely explore this part of Florida on a future trip. Unfortunately the Tally H-D shop did not have a spare amplifier needed to fix my sound system. However, they searched H-D's nationwide database and found what I needed at the Mobile Bay H-D, appointment scheduled for the next Monday (not knowing that Sally would be taking direct aim), I was all set. I eagerly took Winston's advice to ride the Forgotten Coast Highway as I made my way west toward Orange Beach AL. 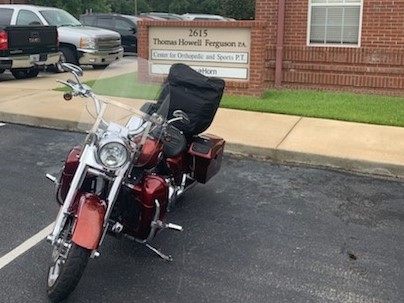 Before leaving Tallahassee I heeded the advice of the hotel staff to ride the "Canopy Trail", just northeast of town. What a treat! It was like riding back in time - 50 years or more. Dead-ending at Reeves Fish Camp on Lake Miccosukee, then the perfect goodbye-to-Tally stop at Bradley's Country Store, famous for its homemade sausage, and a front porch lunch. 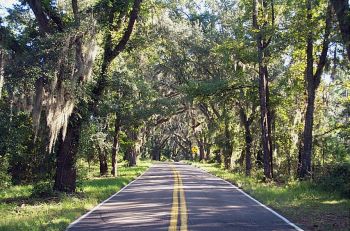 Very excited that the Mobile H-D would be fixing my sound system Monday morning, I made a beeline (via FL's Forgotten Coastline) to Orange Beach AL. It had been a number of years since I took the kids here for Spring Break, but I recalled several fun times at the famous and infamous Flora-Bama. Plus my friends in New Orleans were not able to meet me until Tuesday, so I was looking forward to an impromptu extra couple days on the beach. Little did I know that Hurricane Sally had other plans for me. Saturday was a relaxing and fun day. First the beach, then the Flora-Bama for live music and finishing at Hurricane Grill & Wings to watch college football - yay football is back. Still unaware of Sally's menacing intentions.

Sunday's plan was another relaxing morning, then a ride to Pensacola for an afternoon BBQ at my friend Mort O'Sullivan's house. I was also looking forward to watching the first NFL games of the 2020 season. Those plans were quickly dashed after I checked the weather forecast. Sally was taking dead aim at the Pensacola-Orange Beach-Mobile-New Orleans corridor. A few quick calls to my buddies along that stretch of my route, led to an even quicker decision to abort my stops at the Mobile H-D and my friends in New Orleans. Instead I made a quick breakfast stop in Pensacola to see Mort, then skedaddled west on I-10 as far as I could my butt would let me. About 400 miles later, I arrived in Lafayette LA, lucky enough to find one of the last hotel vacancies.

Sally made a direct hit on Orange Beach with the storm surge flooding out the Flora-Bama. Had I stayed the rest of the Ride 4 Dray would have been jeopardized. Whew!

Just a few more blogs to come to document the final weeks of the ride and summarize what we accomplished over the past 60 days.

Thank you to family, friends and supporters of the Ride 4 Dray!

East bound and down - NYC to Sea Island

Do you remember September?